THE LAST WALTZ: THE STRAUSS DYNASTY AND VIENNA

Amidst family drama, tension and triumphs, The Last Waltz tells the intriguing story of two generations of the Viennese family that produced some of the best known and loved music of the 19th century.

The two ‘Waltz Kings’, along with the rest of the family, composed hundreds of instantly recognisable and enduring melodies, including The Blue Danube Waltz, Tales from the Vienna Woods, Voices of Spring and The Radetzky March.

As the 20th century dawned, an emperor ill-equipped for leadership struggled to maintain the exalted place of the Austro-Hungarian empire on the European stage, while enduring more personal tragedy than any man should have to bear. 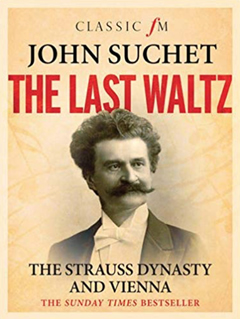