John’s love affair with Beethoven’s music began in his twenties, and became a lifelong passion. “At first I only knew the angry stuff, dah-dah-dah-daaah. Then I discovered this whole body of beautiful lyrical music that entered my soul and stayed there. And I thought, how did he do that, while at the same time he was going deaf?”

John began researching into Beethoven’s life, and has never stopped. He published his biographical trilogy, ‘The Last Master’, in the 1990s, and has since published ‘The Treasures of Beethoven’, containing facsmilies of important documents and manuscripts, ‘The Friendly Guide to Beethoven’, and a full length biography, ‘Beethoven — The Man Revealed’ in 2012.

In 2020, the year in which we celebrate the 250th anniversary of Beethoven’s birth, John published a special anniversary edition of ‘Beethoven — The Man Revealed’, with an added section on the music, as well as a cast of characters, timeline, and family tree.

He also wrote and presented a 52-part series for Classic FM, ‘Beethoven — The Man Revealed’, which ran for the whole year — the longest radio series on a single composer ever broadcast. 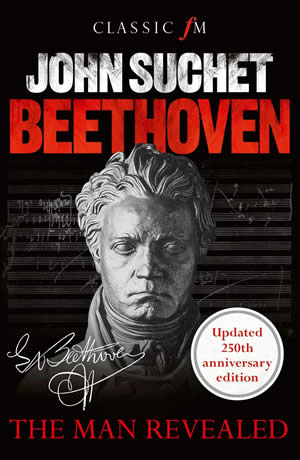 “One of the world’s best loved and most influential composers”

Music that will endure for all time 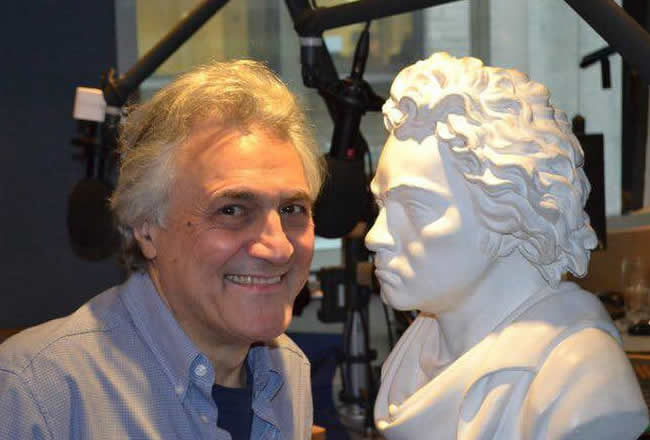 “In 1984 I was heading east from Cyprus to Lebanon, the only passenger on a ship that was steaming towards Beirut, a city in the grip of civil war. At midnight I went up on deck. I could see a red haze on the horizon. We were steaming towards it. I took my battered old Walkman out of my pocket and played Beethoven’s Eroica Symphony. Suddenly the world seemed put to right again.

“This is music the world needs to hear, and will hear, for ever. That is why I dedicated ‘Beethoven — The Man Revealed’ to ‘My children, grandchildren and their children, safe in the knowledge that all will know Beethoven’s music.’”

When John conducted a Beethoven symphony

for the very first time

Earlier this year John presented a concert talk with the Oxford Philharmonic which began what was to be their year long Beethoven tribute to the composer. John was telling the audience about the revolutionary Symphony No. 3, ‘Eroica’, when he was encouraged by the Philharmonic’s music director, Marios Papodopoulos, to lead the orchestra in the iconic openings of the symphony’s first and final moments.

John said this moment was a “schoolboy dream come true”.